How Is Industrial Scrap Recycling Carried Out in the Shipping Industry?

When ocean-going vessels come to the end of their useful lives, they go through a process known as ship breaking. In fact, ship dismantling may be a more accurate term for the many processes that go on to salvage as much material from a vessel as it is taken apart piece by piece. Ship breaking goes on in many locations around the world and often requires a larger number of workers because ships frequently have to be taken apart by hand before their hulls are ultimately destroyed. Sometimes a painstaking process, industrial scrap recycling is at the heart of ship breaking with millions of tonnes being salvaged each year. Nearly everything that a vessel is made from can and will be reused. How are the key elements extracted?

Signatories to the Basel Convention of 2003 must maintain the highest environmental standards while they take ships apart. If followed correctly, nearly every part of a modern ship can be recycled with very little going to landfill. Firstly, hazardous materials are carefully checked and placed on an inventory so workers won't accidentally smash into them, potentially harming themselves and releasing pollutants into the atmosphere. For example, asbestos must be placed inside plastic sheeting before it can be removed.

Secondly, metals of any value, such as the copper within the ship's electric cable, are separated from other materials and removed. Ferrous metals can be sorted and removed by employing large electro-magnets. When it comes to the hull, dry docks are generally used while the final stages of a ship breaking procedure are in progress. Most hulls are split with oxy-acetylene torches although thick hulls -- like those used on warships, for example -- are separated by using explosives. Hulls tend to be made from steel, one of the most recyclable materials on the planet, and industrial scrap recycling from ship breaking is one of the major global sources of this metal.

Not all nations carry out their ship breaking activities with the same attention to detail. Sometimes, safety considerations are not always carefully followed, and it can mean industrial accidents are more frequent. Despite this, relatively high rates of extracting recyclable material are achieved even though fewer mechanised tools are available to workers. Sometimes it comes down to using a sledgehammer to remove the desired material. In addition, dry docks don't tend to be used. Workers must remove their industrial scrap from the hulls of vessels which have been deliberately beached onto land by pilots who often specialise in this dangerous work.

Read in about 2 Minutes 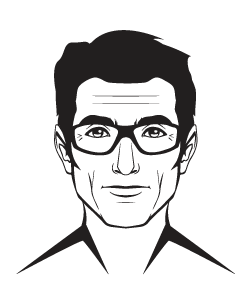 Yo! These days, recycling is a hot topic. If you aren't already recycling your rubbish, you had better think about starting soon. Not only will this improve the appeal of your business with your customers, but it will also help you to avoid any fines or penalties for improper rubbish handling. I am not a recycling expert but I recently learnt lots of cool things from my local recycling contractor who has helped me to set up a recycling system for my business. I hope that by writing this blog, I can help others to master the art of rubbish recycling.